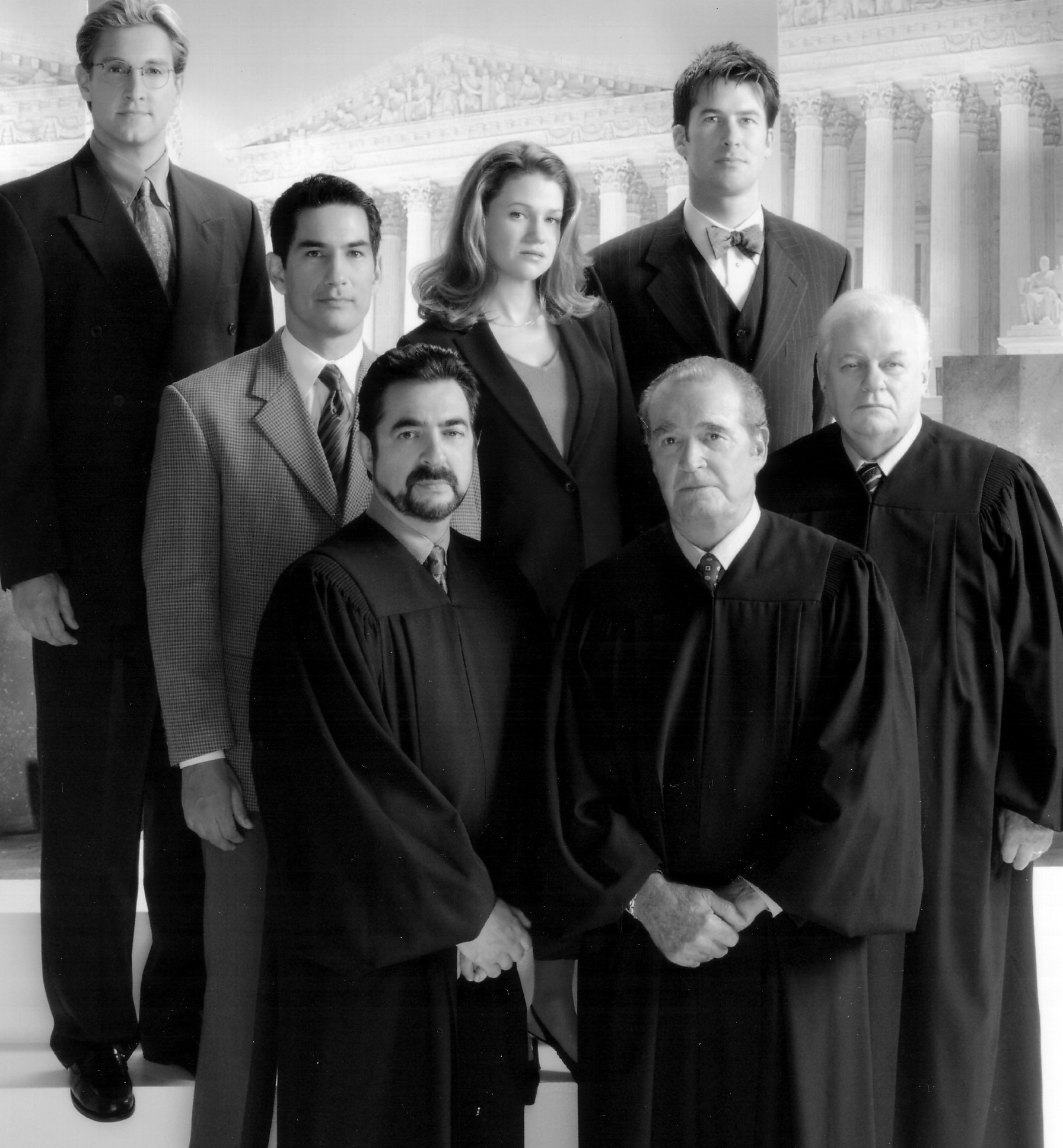 Actors Robert Loggia and Gerald McRaney flank the author in New Orleans, during filming of “Jake Lassiter on the Bayou,” adapted from “To Speak for the Dead,” which most assuredly was not set in New Orleans.

Paul, with veteran TV writers Larry Moskowitz and Randy Anderson (“The Three Amigos”) bring Disney to its knees during the WGA strike.

Remember the credits sequence of “Miami Vice.” The windsurfer doing a head dip? Paul tries it here with his four-year-old son Michael on the back of the board. History does not record whether Paul carried off the move or crashed.

“First Monday,” the Supreme Court drama, lasted 13 episodes. Paul insists it would have been a hit, except for weak ratings, stinky reviews, and deadly demographics: most viewers were between 55 and deceased.

The famed aircraft carrier U.S.S. Constellation served in every conflict from the Vietnam War to Operation Iraqi Freedom but was decommissioned shortly after being visited by the author.

David James Elliott and Catherine Bell, the stars of “JAG.” Paul wrote 22 episodes of the CBS navy drama and once steered a nuclear submarine without endangering national security.

Legendary Hollywood writer-producer (and novelist) Stephen J. Cannell turned Paul’s first novel, “To Speak for the Dead,” into a movie of the week on NBC.

Culture vultures Paul and son Mike at the Hollywood Bowl.