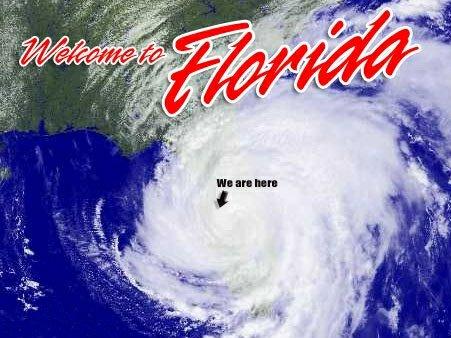 It was 1986. I was a partner in the Miami office of a mammoth law firm with offices from Philadelphia to Tokyo. I specialized in “complex civil litigation.” Upside: Financial security. Downside: Boring work.

Even worse than the daily tedium, I’d abandoned my true self. Exhibit A: In college during Vietnam, I protested against Dow Chemical, manufacturer of napalm. Now, the law firm put me in charge of all asbestos cases. Defending the manufacturer, a company with a nasty habit of hiding evidence.

I was a wreck, filled with self-loathing. Then I read Hiaasen’s “Tourist Season.” In his first solo novel, Hiaasen told a hilarious story with powerful underlying themes about greed, the environment, and the destruction of Florida.

I knew Hiaasen’s work from his Miami Herald column where he roasted public officials for their idiotic behavior. And now this! A satiric, darkly comedic novel in which a deranged newspaper columnist kills tourists in bizarre ways in order to stem runaway population growth and the and condo-ization of Florida. (Actually, I doubt that Hiaasen considered the columnist deranged. Heroic, maybe.)

I loved “Tourist Season” and decided I wanted to write novels. What gave me the confidence to even try?

Because Carl Hiaasen made it look so damn easy!

The pages flowed as naturally as a mountain stream over polished rocks. You never saw the puppeteer’s wires maneuvering the characters. You never heard the writer’s keyboard clacking behind the dialogue. I was reminded of Spencer Tracy’s line: “Never let them catch you acting.” Carl Hiaasen never let you catch him writing.

So, I said, “I can do that.” After all, I was an expert at complex litigation. How hard could it be to tell a simple story? Obviously, I knew nothing of three-act structure, point-of-view, plotting, plot twists, and dialogue. I’d never taken a writing course or de-constructed a novel to see how the magic came to be.

Thankfully, I had read a bit.

Raymond Chandler knocked me sideways with his hard-boiled wordplay. “Neither of the two people in the room paid any attention to the way I came in, although only one of them was dead.”

Dashiell Hammett’s dialogue taught me about sturdy protagonists: “When a man’s partner is killed, he’s supposed to do something about it.”

And John D. MacDonald showed that a protagonist can be flawed: “There are no hundred percent heroes.”

Soon, I discovered that Hiaasen had tricked me. It wasn’t easy!

Still, in 1988, two years after reading “Tourist Season,” I sold my first novel, “To Speak for the Dead,” which introduced Jake Lassiter, a linebacker-turned-lawyer with a hard bark and a tender heart. Lassiter owes a debt to Chandler, Hammett, MacDonald…and Hiaasen.

I Quit the Law; Carl Hiaasen is to Blame!

I resigned my law firm partnership. No more long lunches of rare tenderloin and stone crabs at the Banker’s Club. I was a full-time writer. Except for a detour to Hollywood to write for CBS, I’ve made my life as a novelist ever since.

I’ve lived through the giddy days of sizable hardcover runs and dandy foreign deals, then the consolidation and shrinkage of mainstream publishing. I’ve written books on spec that didn’t sell and suffered the sleepless nights that accompany fear of failure. Then came electronic publishing and the miraculous resurrection of my long out-of-print work, including “To Speak for the Dead.” This month marks the 25th anniversary of the book’s hardcover publication. Amazingly, “…Dead” has been one of the top five bestselling legal thrillers all summer, at one point hitting number two in the Amazon Kindle Store, behind only my latest, “Bum Rap.”

There Should Be a Pulitzer Prize for Titles

I continue to hone my craft. I take my time, paring down my chapters, my paragraphs, my sentences, producing a book every two years. That’s right, Carl Hiaasen. I’m still slogging away, working hard to make it look easy. And I don’t miss those Banker’s Club lunches. But just the same, you tricked me…into a career I love.

“Bum Rap” is available in trade paperback, ebook and audio.

(This originally appeared in “The Third Degree,” a publication of the Mystery Writers of America).