On March 4, 2002, I purchased “The Wise Women of Havana” by Jose Raul Bernardo in hardcover, also from Amazon.

No, I don’t remember buying either one. Amazon’s smart computers just reminded me under the Kindle Matchbook program, in which many titles which you previously bought in hardcover or paperback are now available as Kindle downloads at $2.99 or less.

At first I was puzzled. Why would you want another copy, albeit electronic, of a book you already read? I don’t know! But you do want the ebook if it is priced right, according to Amazon’s flawless research. Yes, I know. It’s a little scary. Amazon probably knows what you ate for dinner last night and what movie you’re going to buy next week. Love Amazon or hate Amazon, can we agree that founder Jeff Bezos is pretty much always the smartest guy in the room?  (He was the valedictorian of Palmetto High School’s Class of 1982 in Miami, then added a Princeton degree in computer science (duh!) and engineering).

Disclosure: Several of my works are available for 99 cents each under Kindle Matchbook, if you now buy (or previously bought) the books in print form. The list includes “State vs. Lassiter”, “Lassiter,”, “Ballistic,”, and “Habeas Porpoise,” among others.

Which brings me to all the other bargains available on Kindle. Here, I’m talking about the Monthly Deals ($3.99 or less), the Daily Deals, the Countdown Deals, and Kindle Exclusives. Take a look at the Kindle eBooks homepage, and you’ll see what I mean.

As this is written, in Monthly Deals, you can buy Faye Kellerman’s “The Ritual Bath” for $1.99.  Likewise, in Daily Deals, you can get Billy Ray Cyrus’s “Hillbilly Heart” for $1.99. Earlier this week, it was James Lee Burke’s “Light of the World” for $2.99. The Monthly Deals are extensive, broken down into categories including “Mystery and Suspense,” “Romance,” Literary Fiction, “Science Fiction,” “Biographies and Memoirs,” and “Children’s Books.”

Other Deals: Countdowns and Exclusives

The Countdown Deal is a new and intriguing feature. Ebooks go into bargain “countdown” for a week, starting at a huge discount (often for 99 cents) then usually go up in price gradually through the week until they resume the original price. Here’s the Countdown Deals homepage, which of course, changes every day as new books are added and others drop out of the deal.

Bottom line, whether it’s the Kindle Matchbook program or one of the “Deals,” there are ebook bargains to be had every day. 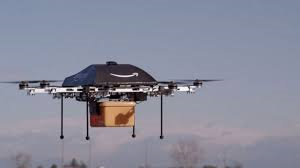