A “Best Books” list is inherently flawed.  Just as with “best teams” or “best movies” or “best pizza,” beauty is in the eye of the blogger.

A meme has been spreading through Facebook — as memes are inclined to do — asking people to name the ten best books they’ve ever read.  Or the ten “most influential.”  Or the ten that have “stayed with you.”

Using those standards, two of my choices were easy. Without these books — both Florida novels I’ll discuss below — I never would have become a writer. I wouldn’t have sneaked home from the law office to secretly write a spec manuscript that became “To Speak for the Dead.” That’s right. I’d still be wearing fancy suits, billing time at enormous rates, and eating stone crabs at the Banker’s Club instead of working in my underwear all day at home with a can of tuna for lunch!

Let’s admit it.  Any best books list is intensely personal and changes over time. When I was a teenager, I was mesmerized by “The Fires of Spring,” by James A. Michener, a coming-of-age novel based on the author’s impoverished childhood. I haven’t gone back to the book, but I’m pretty sure it wouldn’t find a spot on my best books list. And in fact…it hasn’t. Instead, I chose “Back Roads” by Tawni O’Dell, the least known author on my list. It’s a heartrending coming-of-age novel set in the slag heap poverty of rural Pennsylvania.

To ease the task of compiling my best books list, I chose only fiction. Even then, I could only pare the titles to an even dozen.

1. RABBIT, RUN by John Updike.
2. FAREWELL, MY LOVELY by Raymond Chandler
3. BONFIRE OF THE VANITIES by Tom Wolfe
4. PRESUMED INNOCENT by Scott Turow
5. BACK ROADS by Tawni O’Dell
6. MISERY by Stephen King
7. ANATOMY OF A MURDER by Robert Traver (John Voelker)
8. THE GRAPES OF WRATH by John Steinbeck
9. THE LOCK ARTIST by Steve Hamilton
10. GORKY PARK by Martin Cruz Smith
11. TOURIST SEASON by Carl Hiaasen
12. THE DEEP BLUE GOOD-BY by John D. MacDonald

I was in my 20’s when I read “Rabbit, Run” about the angst of Harry “Rabbit” Angstrom, who was my age and living not far from my hometown. Updike, Michener, and I were all raised in small Eastern Pennsylvania towns.  (That is the only time you will see us mentioned in the same sentence. Tawni O’Dell and John D. MacDonald were raised in western Pennsylvania, but I swear I have no geographical bias!)

I could just as easily have chosen two later books chronicling the older Angstrom. “Rabbit is Rich,” and “Rabbit at Rest.” After all, both won Pulitzer Prizes, but I’m sticking with the first of the series.

On the theory that every list should include one book of “Required Reading,” there’s “The Grapes of Wrath.”  Why not “To Kill a Mockingbird?”  It was listed by too many Facebook friends! But for fans of courtroom fiction — and yes, I know, “Mockingbird” is far more than that — I have three other choices. “Presumed Innocent” and “Anatomy of a Murder” are splendid murder trial sagas, and “Bonfire of the Vanities” has some of the most spectacular and hilarious courtroom scenes ever written.

Michigan Supreme Court Justice John Voelker brought realism (and skepticism) to the legal thriller in “Anatomy” while Scott Turow’s “Innocent” and Tom Wolfe’s “Bonfire” are works by master wordsmiths.  Yes, I’m giving away my biases, as we do when we create lists. I’m a former trial lawyer and the author of legal thrillers, so you have to give me a pass on all the courtroom tales.

I’m also an admirer of noir crime fiction, so there had to be a Raymond Chandler novel featuring hard-boiled P.I. Philip Marlowe. That’s where “Farewell, My Lovely” comes in.  I could have chosen “The Big Sleep” or “The Long Goodbye.”  All three are classics.  Who could forget this ditty from “Farewell…?”

“It was a blonde.  A blonde to make a bishop kick a hole in a stained-glass window.”

My last two choices, “The Deep Blue Good-By” and “Tourist Season” had profound influence on my life. I never would have written “To Speak for the Dead,” my first novel, without them. John D. MacDonald’s Travis McGee, a self-described “beach bum” and “salvage consultant,” furnished the inspiration for my “Jake Lassiter” character, an “ex-football player, ex-public defender, ex-a-lot-of-things.” Carl Hiaasen’s ability to bring humor to Florida crime fiction was a revelation. His deceiving ability to make the writing look easy also suckered me into writing that first book. 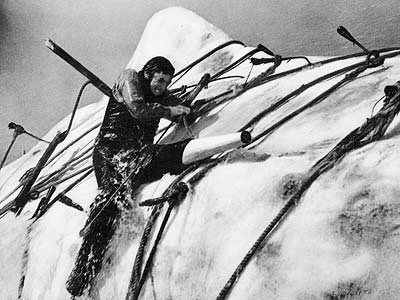