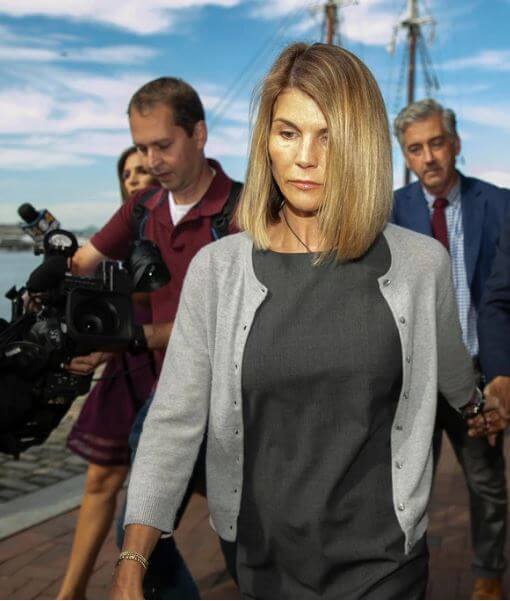 Jake Lassiter, the linebacker-turned-lawyer, first appeared in “To Speak for the Dead” in 1990. Thirty years later, Lassiter is still navigating the shark-infested waters of the justice system. In “Cheater’s Game,” the heartbroken lawyer must defend his brilliant nephew Kip who’s charged as an imposter, taking entrance exams for students in the true-to-life college admissions scandal.

Jake: I wish I’d repped them, instead of my nephew. A fat fee without having to try the case.

Paul: That’s a little cynical. What about your quest for justice?

Paul: So why did they plead guilty after claiming innocence for the past year?

Jake: Because their lawyers aren’t idiots. They knew that jurors would find their clients to be rich, arrogant liars who thought they could game the system.

Paul: Are you saying that a defendant’s personality affects a trial’s outcome?

Paul: So you would have plead out Lori Loughlin in return for a couple months prison time, rather than risk a trial?

Jake: Maybe not. Maybe, I’d put her on the stand, but not in designer duds. She’d admit everything and cry – actress tears – and say she’s sorry. Then, in closing argument I’d ask for a “Texas verdict.”

Paul: Okay, back to “Cheater’s Game,” I thought you’d retired, but here you are, back in the courtroom.

Jake: Don’t blame me, Scribbler. I hung up my briefcase after “Bum Deal,” but you put me to work again.

Paul: Admit it, Jake. You missed the combat of a criminal trial.

Jake: That’s your fantasy, Desk Jockey. Mine is to snooze in a hammock, drink tequila, and feed the peacocks.

Paul: You came back because your nephew Kip got in trouble. The boy you raised as your own son. That had to be painful.

Jake: I thought I’d taught Kip ethics and values, but I failed. I let him down.

“You release your child into the world, like launching a toy sailboat in a pond. Except the world is not a placid pond. More often, it is a raging sea, and life a perfect storm. You cannot prepare the child because your own personal crises, traumas and failures are just that, your own. Your child, as you will belatedly learn, is not you.” – Jake Lassiter in “Cheater’s Game”

Paul: There’s a lot of blame to go around in the college scandal.

“In a society without shame, where faking it is making it and deceit trumps virtue, integrity is for losers and cheaters win. Fairness? Forget about it! A meritocracy? In your dreams! Earn your diploma? Why bother, when you can buy it?” – Jake Lassiter in “Cheater’s Game”

Paul: Yet, you plead your nephew “not guilty” and defend him in federal court when you know he took students’ SAT exams for big bucks?

Jake: All these years, Scribbler, and you’re still clueless about the justice system. My job is to force the government to prove its case.

Jake: Being fictional helps. Say, how are things at the Old Writers’ Home?

Paul: Forget about me. How’s your health? Your headaches, your memory problems.

Jake: You’re the punk who gave me chronic traumatic encephalopathy. I didn’t think you could even spell it.

Paul: Sorry about all those concussions at Penn State and with the Miami Dolphins. But it did bring you together with Dr. Melissa Gold, renowned neuropathologist. And…your fiancée.

Jake: About time you gave me a grown-up relationship, after all those femme fatales and floozies.

Jake: News flash, Word Boy. You’re the ventriloquist. But it’s true that I’m in love with my doctor and she’s come up with experimental treatments that might help hundreds of other former players with C.T.E.

Paul: Would your brain injury have anything to do with your bizarre conduct during Kip’s trial?

Jake: You mean my hearing voices and lapsing into a George Carlin routine in the judge’s chambers?

Paul: Judge Speidel said you were flirting with contempt.

Jake: Flirting, hell! I took her all the way.

Paul: Judge Speidel seemed miffed that you didn’t give him due respect.

“Federal judges are phantoms who inhabit marble palaces, hidden from prying eyes and cameras. They sit on thrones and are served by a retinue of clerks, assistants, deputies, and, for all I know, court jesters.” – Jake Lassiter in “Cheater’s Game”

Paul: Face it, Jake. Your closing argument was unethical.

Paul: You basically asked for “jury nullification.” Acquit my client even though he did everything the government charged him with.

Jake: I prefer to call it a “Texas verdict.” Do you know what that is?

Paul: You just told me a minute ago. So…what was the jury’s verdict?

Jake: I’d tell you if I could remember. But you’re the one who gave me memory problems, you multisyllabic babbler!

Paul: I’m not the one who told you to use your helmet as a battering ram.

Jake: You put me on the kickoff team, the suicide squad! What did you think would happen?

Paul: So, what now? You gonna retire again or smash down the doors to the courthouse and try another case?

Paul: Now that you mention it, there’s a case I just heard about that’s right up your alley.

Jake: Great. You know what I always say?

Jake: “I want a cause that’s just, a client I like, and a check that doesn’t bounce. Two out of three, and I’m ahead of the game.” So, I’ll see you around, Scribbler.

Mystery Writer and former skip tracer Terry Ambrose interviewed me about Bum Luck for his blog,, which I’m reprinting here. The subject of former NFL players dying of chronic traumatic encephalopathy (CTE) has been in the news since publication of the novel in which linebacker-turned-lawyer Jake Lassiter suffers symptoms of brain damage.

From Small Screen to Page

“Both writing for television and writing novels are rewarding and challenging in their own ways,” Levine said. “On television, it’s a shared responsibility. Director-showrunner-actors-network executives. The vision doesn’t belong to one person but is diffused. With novels, the writer is a one-person band.”

While Levine prefers the independence of writing novels, he enjoys the pace of TV writing. “There’s something about the immediacy of television—script to air in six weeks—that is appealing. Also, I believe television scribbling helped my book dialogue.”

Levine said, “Justice as an ideal is an underlying theme for me. The difficulty of achieving justice is the heart and soul of Bum Luck and the entire Jake Lassiter series. That’s reflected in Jake’s inner voice with lines like, ‘Justice is the North Star, the burning bush, the holy virgin. When you fail to attain it, fight for the next best thing. Rough justice is better than none at all.’”

Attorneys defend guilty clients all the time—and that knowledge is also behind the Lassiter series. “The dilemma of a lawyer defending a guilty client has always fascinated me,” Levine said. “In Bum Luck, Jake Lassiter seeks vengeance, or vigilante justice, against his own client.”

That’s right, Jake Lassiter, in the opening lines, announces his intention to kill his client. “Why would Lassiter, after all these years representing guilty clients, feel this way?” Levine said. “He might be very ill. Remember that he’s a former second-string Miami Dolphins linebacker who went to night law school and became a trial lawyer. In Bum Luck, Lassiter suffers symptoms indicating he may be in the early stages of always fatal Chronic Traumatic Encephalopathy (CTE).

“The idea for Bum Luck came from a close friend of mine, a former football player and international rugby player, who died of CTE. It affected me deeply. We know that hundreds of former NFL players have succumbed to traumatic brain injuries caused by repetitive concussions and thousands more will die in the future. It’s a tragic situation, compounded by the NFL’s stubborn resistance to admitting the truth for so many years.”

Levine said his primary goal is to entertain. “That starts with character. I aim for rich, complex, layered and often humorous characters who tell me the plot.”

Note: Just this week, The Journal of the American Medical Association reported on a harrowing study: 110 of 111 former NFL players who had shown symptoms prior to death were found after autopsies to be suffering from CTE. Recently, Sports Illustrated wrote about legendary linebacker Nick Buoniconti who, among others from the Miami Dolphins’ Super Bowl teams, is suffering from CTE. I previously blogged about the link between repeated blows to the head and CTE in a blog entitled: “Are Concussions Killing Jake Lassiter?”