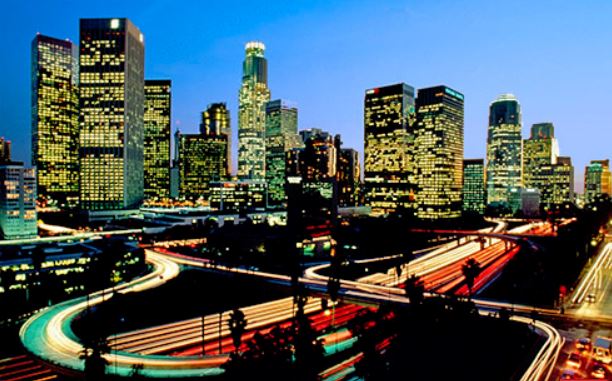 Getting published is hard. Just ask John Schulian, a prize-winning sportswriter and veteran television writer whose first novel, A Better Goodbye, was just released by Tyrus Books. There’s a lesson in his tale that’s not confined to the writing life. Achievement comes with hard work, persistence, an ability to handle rejection and a willingness to accept advice…and did I mention hard work? John is 70 years old, and there’s a lesson in that, too. It’s never too late…unless you let it be.

A Better Goodbye has gotten rave reviews. Here’s a quote from the book jacket: “Set in the sex trade that straddles the worlds of entertainment and crime, the novel is L.A. noir at its most keenly observed. Think Michael Connelly meets Elmore Leonard for a Metro ride from Universal City to Compton.” Oh, that quote…it’s mine. But now, let’s hear from John about the long and winding road of getting published.

As far as I can tell, I won’t be receiving any prizes for having my first novel published when I am 70. Holding the book in my hands will be reward enough, thank you – that and knowing I’m in the same age bracket Norman Maclean was when he bestowed his classic A River Runs Through It upon us nearly 40 years ago. Every predictable happy adjective applies to me as I go public with my L.A. noir, A Better Goodbye. But if I still resemble a punching bag, it’s because I never realized how long a decade can be until the one I just spent getting hit by rejection after rejection.

They came from every direction, like mosquitoes on a steamy summer night. Some editors instinctively backed away from what one called my “dark tale.” Others were repelled by the haunted ex-boxer, sex-trade sirens, and merciless criminals who populate my novel.

“Unsympathetic,” said one potential buyer, leaving me to wonder how he’d react if I told him what a fine time I had creating them.

The way I’d written my female characters, meanwhile, became a subject of debate. “(Schulian) has writing chops, particularly with the way he writes women,” one editor said. Another chimed in with praise for my soiled heroine’s love of Elizabeth Bishop’s poetry and “her attitudes toward men.” On the other side of the ledger was the spoilsport who found the ex-prizefighter in my novel “emotionally taut and compelling,” but said my star massage girl “never quite comes alive as a three-dimensional character.”

Mercifully, I managed to avoid what one editor told Vladimir Nabokov while rejecting Lolita: “I recommend that it be buried under a stone for a thousand years.” Most of my rejections came wrapped in encouragement. I was “terrifically talented” and “keenly observant,” my writing “polished and lively.” But that didn’t make me any less dead in the water at Scribner, Penguin and Putnam. Doubleday, Simon & Schuster, Kensington and Melville House told me thanks but no thanks, too. Then Random House and Soft Skull/Counterpoint joined the chorus. Thomas Dunne, William Morrow, Dutton and Berkeley didn’t bother to respond, but I got the message.

Who Said Getting Published Was Easy?

I was being initiated into a club that has been around since the first editor turned away a writer on behalf of a publishing house. Margaret Mitchell collected 38 rejections before she found a buyer for Gone With the Wind, James Joyce 33 for Dubliners. Even J.K. Rowling struck out a dozen times before someone got smart and snapped up Harry Potter and the Philosopher’s Stone.

The showstopper, however, is the 111 rejections that buffeted James Lee Burke’s The Lost Get-Back Boogie in the nine years it went begging. It might be the best novel Burke has written, nominated for a Pulitzer and better than his best Dave Robicheaux mysteries, but it’s still largely unknown and unread.

I feared the worst for A Better Goodbye getting published. Not knowing what else to do, I changed agents. It was either that or self-publish, and the thought of self-publishing pained me. I’ve been a professional writer – newspapers, magazines, Hollywood – since 1970, and I was dead set on finding a publisher for my novel. Whoever it turned out to be might not pay me a lot, but they would pay me.

With that in mind, my new agent took my novel back into the marketplace, zeroing in on a fresh set of editors whether or not they were at publishing houses my first agent had approached. I did my best not to interfere, staying busy by writing short stories and editing anthologies of sports writing. But every time I noticed a new crime novel published by an outfit I’d never heard of, I shot off an email to my new agent. Bless his heart, he never complained.

In 2012, on the same day he told me that Soho Crime, Mulholland Books and Grove had passed, he forwarded an email from Gerry Howard, who wasn’t just an editor at Random House; he was David Foster Wallace’s editor. And a Thomas Pynchon scholar. And the kind of heavyweight I never imagined being interested in A Better Goodbye. But he was interested. There was, he wrote, just one big problem for him: My hero was “too much of a mope for the book’s good.”

It was the smartest, most incisive note I’ve ever received. I rewrote a third of the book on the strength of it, and Gerry Howard liked what I’d done enough to put it in front of Random House’s decision makers. How could they say no to him? Pynchon? David Foster Wallace? Things like that count in the literary world, right?

Genre Counts in Getting Published

It was the marketing people who got me. They said my novel, part crime fiction, part literary fiction, puzzled them. They said they didn’t know how to sell a book like mine. I thought it was their job to figure things like that out, but I must have been misinformed.

My agent resumed knocking on doors and I began clearing space in the desk drawer where my novel would likely stay until it turned to dust. I didn’t even think about it much anymore. And then in March – on the 23rd, a day that should be a national holiday – my agent called with not one but two offers to publish A Better Goodbye.

I took the offer from Tyrus Books. They had published muscular crime fiction by Craig McDonald and Scott Weddle and brought my friend Robert Ward’s stunning blue-collar novel Red Baker back into print. As soon as I came aboard, the lead foots from Tyrus stomped on the gas. They wanted to publish my novel right after Thanksgiving, which meant a lot of work in a hurry – writing a new top for an early chapter and a completely different final chapter; combing the manuscript again and again for typos, misspellings and graceless sentences; arranging for publicity; having a website built; putting in days at the computer so long I thought my eyes would melt.

(A Better Goodbye is available in hardcover, paperback, ebook, and audio formats).