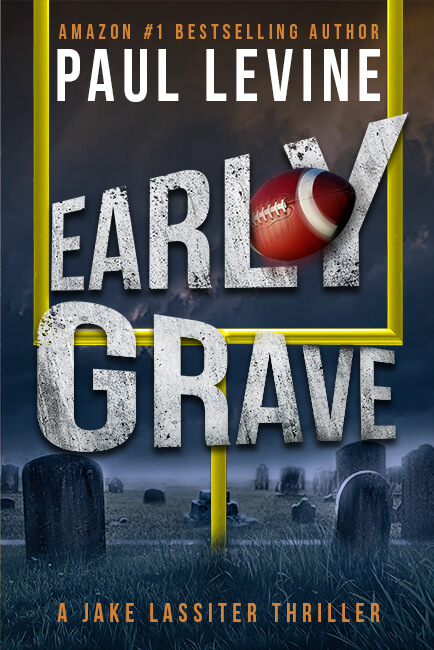 “The ending courtroom battle sears with intense and realistic turns…and builds to an unforgettable closing scene. An extraordinary hero stars in a legal tale as believable as it is riveting.”—Kirkus Reviews

When his godson suffers a catastrophic injury in a high school football game, lawyer Jake Lassiter sues to abolish the sport and becomes Public Enemy Number One. The former NFL linebacker also battles CTE, the fatal brain disease. With his personal life in tatters, he’s in couple’s therapy with fiancée Dr. Melissa Gold and vows to live long enough to fix his relationship and achieve justice for his godson.

“Grounded in reality, Early Grave is a novel with heartfelt emotion, flashes of humor, and high-octane excitement.”—Franco Harris, NFL Hall of Fame Running Back

THE LAST LASSITER: Early Grave is the final novel of the series that began with the international bestseller To Speak for the Dead in 1990. All the “Lassiters” are stand-alones that may be enjoyed in any order, and all are Kindle Unlimited titles.