If you’re a crime fiction fan and looking for an introduction to Paul Levine’s best-selling legal thrillers, search no further than Shattered Justice, a boxed set of four of the author’s favorite novels, available on three e-publishing platforms. These four books introduces you to the two series that made Paul famous:  Jake Lassiter and Solomon vs. Lord. It also contains the gripping standalone thriller, Illegal.

The first in the Solomon vs. Lord series features a mismatched legal team: irreverent, rule-breaking trial lawyer Steve Solomon and his uptight, by-the-book counterpart Victoria Lord. The two have a love-hate relationship, but they make a surprisingly good team. In this gripping debut, the duo must work together on the case of a beautiful young woman charged with killing her incredibly wealthy and incredibly kinky husband in what proves to be the steamiest trial of the century.

What do you get when you mix beautiful people, family secrets, and a yacht washed up on Sunset Key with a hundred grand in cash and a dying man? In a fight against time – and each other – Solomon and Lord are about to defend a murder trial, and you can bet they’ll throw every law out the window and into the deep blue sea.

To Speak for the Dead

Meet Jake Lassiter, a linebacker-turned lawyer with a hard bark and a tender heart. In this international bestseller, named by the Los Angeles Times as one of the best mysteries of the year, Jake Lassiter defends orthopedic surgeon Dr. Roger Salisbury against a charge of medical malpractice in a routine case that takes a sinister turn. To Speak for the Dead was adapted into an NBC movie, under the title Lassiter: Justice on the Bayou.

Set in California and Mexico, Illegal tells the tale of Jimmy (Royal) Payne, a down-on-his-luck lawyer who must take on the dangerous world of human trafficking as he tracks down a beautiful Mexican woman who disappeared during a midnight border crossing. Haunted by a tragedy in his past, Payne must tackle cops, coyotes and a corrupt and powerful rancher in his quest for answers – and redemption. 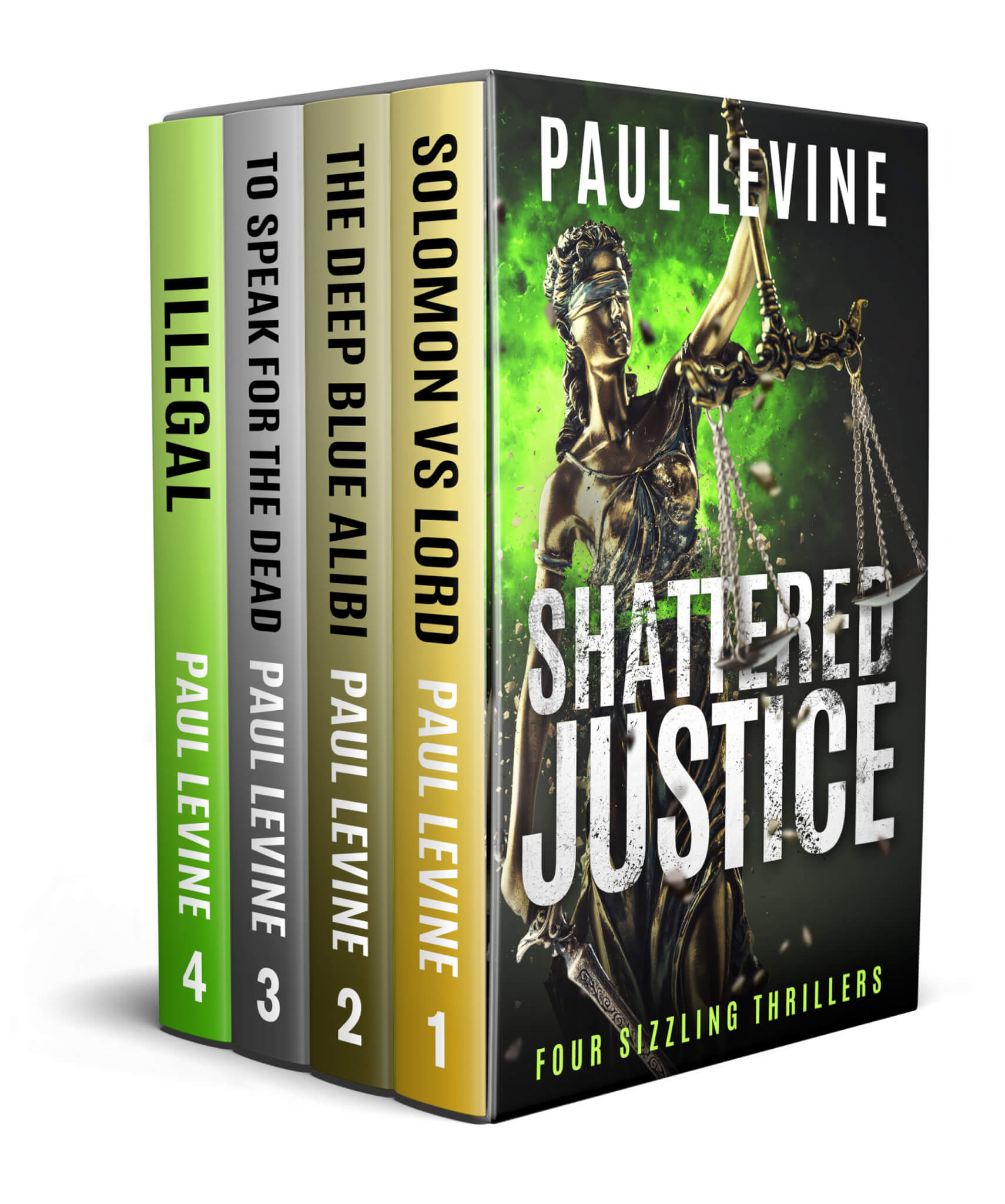